"I don't regret a single record that I have bought; I regret the ones I did not buy!"
Hem » Vinyl & Tapes » The most collectable Swedish punk records 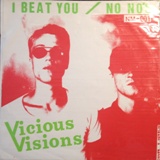 There have been two Swedish books released which covers Swedish punk records. First out were Peter Jandreus book The encyclopedia of Swedish punk 1977-1987 (2008) and in 2012 Peter Kagerland released the book Ny Våg – Svensk Punk / New Wave / Synth 1977-1982 . Both books have grading system from 1 to 10. Records with the grading 10 is the most collectable or at least the most valuable.

In this article we will cover the most valuable records (graded 10) and sort them from the least rare to the rarest record. This list will only contain official releases. Rare sleeve versions, vinyl colors, labels, misprints, mispresses and records that only made it to a test press or acetate will be presented in an APPENDIX below.

This list has been compiled by the editor of this site and KBD Martin at Killed by Death Records. To support we have used the most knowledgeable persons in Sweden. Both Lars Sjögren and Joakim “Mint Condition” Gävert have contributed with images and ranking. Anders Håkansson has contributed with releases on the appendix and added valuable comments to the 30-list. Stefan Renström (owner of Trash Palace in Stockholm) has supported with valuation. Both Peter Jandreus and certainly Peter Kagerland have given valuable input and rare images to the appendix. We owe them both everything, this list would be impossible without their fantastic books, thanks!!!

All rips and images are from your own collection, expect where other sources are mentioned.

It should be noted that there are for sure incorrect statement in this article, if you know more – drop us a message below. Also – all records in this list are for sale. Any bids above 1 million dollars (per record) will carefully be considered by me (the editor) and KBD Martin.

A few of the titles on the list actually have a lower rating than 10 in the books mentioned above but they still command top prices. An observant reader will also notice that occasionally records are sold to prices (at EX condition) that should guarantee to be on the list. However – it is important to look at many transactions. Some records has been sold at very high prices but the same record has later also been sold to a very low price. We are conservative in the rating here were we have not seen a repeating high price level. Records that were discussed as “close calls” were: Sötlimpa, Onkel Konkel, DTAL, Trogsta Träsk, Mob 47 with the sticker, Swankers PMS, Nomads – Psycho, Von Gam, Brontophobia, WC, Quizz Kids, Tre Man Stark, Spy, Existenz and Tejp. It should also be noted that a few über-rare records was not considered being punk enough. That is Rävjunk – Uppsala Statshotell Brinner, Both Tötenkopf LP’s and the Insekt – Färskingen flexi.

So you read the whole article and can see this text? Unless you knew it before – You are for sure a nerdy collector-scum, just like us!!! Wellcome to the community …[more]

Do you know about any more rare releases or do you know anyting more about the stuff above, drop us a message so we can add it to the list